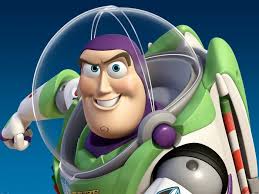 "Stay tuned folks. This will be interesting to watch. As we know from this President, he is not easily dissuaded."


Sometimes I wonder if the President does this on purpose. To see who is paying attention, and who might be sleeping. This one however, came straight out of right field. Heard nada about this on the campaign trail. But he is on it now. Some might think this is just a 72 year old man having a senior moment or two. Or - there might be something else going on.

What is it? The USSF. Huh? That would stand for the United States Space Force. Now truthfully, there are some who believe we already have one. paid for by some of that "missing" black money in the DOD budget.

Just so you don't think I am taking too big of a leap here, ever wonder what happened to the follow on to the SR-71? The Blackbirds have been out of service for quite a while now. The rumored Aurora might be in service as a follow-on, with uncanny abilities. Scram jet, pulse engine, or even something more awesome than that. Or the "flying triangle", nicknamed the TR 3-B . This weird looking thing has been sighted all over the world. It is rumored to have a propulsion system which is truly "out of this world".

In reality, I suppose the time is right to start the process in cobbling together a new service. This one will be quite a bit different from the rest. With Musk, Bezos, China, and who knows whom else all eyeing the Moon, Mars and beyond, it would not hurt to have some law and order up in the cosmos.

Where is the money going to come from to start up the USSF? Good question. "Mad Dog" (our Defense Chief) looked like he was getting an Excedrin headache when this issue was brought up. Heck, he is still trying to get two B-1 Bombers in the air at the same time. There will be no robbing Peter to pay Paul on this one. Why? Under Obama, Peter has been robbed so much, he has nothing left to give.

Stay tuned folks. This will be interesting to watch. As we know from this President, he is not easily dissuaded. I know that being an old line officer in the Navy, the stars on my sleeves qualified me to be on he bridge of most any Navy ship. My question is simply this - would they also qualify me to be on the bridge of the USSF Enterprise?  Just asking...
Posted by Very Angry Bird at 6:54 AM