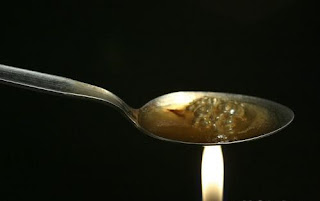 
Well yesterday, I started a bit of a dust up on social media. It had to do with the growing number of drug overdoses in our country. Last year, that number hit 70,000 deaths. That is an alarmingly high number, considering during the entire Viet Nam conflict, less than 60,000 brave service members were killed. In any event, my suggestion was if we shut down the southern border, that might put a dent in the drug trafficking in this country. Not stop it - but maybe put an anchor around it to slow it down.

I guess I was right and wrong at the same time. I have been doing a bit of research and found out some interesting information. First off, last year our border patrol confiscated two million pounds of drugs. Why at the border? Drug runners will take the path of least resistance. Our southern border could be the poster child of least resistance. So if we shut down that border, and then harden the port of entries on the northern border, the drug runners will have to try something much more difficult, a lot riskier, and more expensive to get their poison into our country.

One of the more amusing facts I came across was an interview with a pot grower from Mexico. He was not a happy camper. The price of his product was dropping like snow in December. Why? It is that old business mystique - supply and demand. It seems that since more and more states are legalizing pot for medical and/or recreational use, the more can be legally grown in the US of A. As the man from Mexico said, "If this continues, it will crush our business down here." Damn shame.

But the biggest killer of all the drugs, is the one which comes into this country every which way - Fentanyl. This heart stopper is a stone cold killer without remorse. Preferred method of entry? Mail. Other delivery methods. Narco submarines. And TBD, if all else fails. The bottom line is this - and please, no hate mail. We have found the enemy, and he or she lives in the mirror. So long as this country shows the desire for drugs, and are willing to pay for them, they will find their way into our country.

I know, I know. Many are going to put a lot of the blame on Big Pharma. Getting many folks hooked on gateway pain killing drugs. And yes - they should not be immune from blame or further regulation either. But the bottom line is this - we need to address this problem, and do it now. 70,000 of our citizens, many of them young, are dying from OD's. That is NOT OKAY!