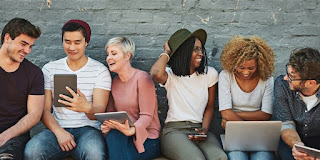 "But here is the rub. We are probably not going to change the way a millennial or a gen X person thinks. Trust me - I have tried it. They are very fragile in their politics. It would be easy to drive them into the arms of the Democrats if we are not careful. If that happens in high enough numbers, the Republican Party, the Party of Lincoln, will die of old age."

"I am fiscally conservative and socially liberal!" a young millennial shouted out to me. Yeah, I have heard that before - dozens, upon dozens, of times. What does that really mean? For many younger females it has meant only one thing - they would like to be a Republican, but they are committed to the concept of "choice". Translation = abortion on demand. Very few think like a cisgender, and believe in the simple concept of "love is love". Translation = if you want to marry your dog, go for it. Or whomever ever else you want to marry (or just "partner with").

Why bring this nonsense up on a Saturday morning? Why not talk about Big 10 football instead? For one thing, talking about Big 10 football is very painful for long suffering Gopher fans. More importantly, many have said recently, we need to expand the "tent" of our party. We need more folks of color. We need many, many more young people. What I am trying to say then is simply this - this ain't your parents party anymore. Many young people feel very differently than our Republican parents did. And - very few of our parents generation were as "socially liberal" as our kids are.

Anyone looking for simple answers to how to grow our party, is reading the wrong post this morning. I am as confused as anyone. I do know this however - our social mores have made a sharp left turn in our country during this past generation. The offspring of many of the 60's generation think differently - differently than those of us not contaminated by the 60's. To many in this new generation, us older folk are troglodytes in the way we think. However, to many curmudgeons, some young folk seem to be one french fry short of a happy meal.

But here is the rub. We are probably not going to change the way a millennial or a gen X person thinks. Trust me - I have tried it. Plus, they are very fragile in their politics. It would be easy to drive them into the arms of the Democrats if we are not careful. Then if that happens in high enough numbers, the Republican Party, the Party of Lincoln, will die of old age.

Or we can try to adapt our platform to be more (please - don't throw tomatoes) - "progressive". Or we can stick to our principles, and platform, and try to win the day with convincing them our ideas might just be better.

During our conventions, we spend hours at a time with the Parliamentarian trying to figure out how many angels can dance on the head of a pin. It bores most of us to tears. Meanwhile, the Democrats try to figure out how to get as many people possible to the polls - and then vote blue. The Democrats have figured something out which Republicans still struggle with.

It is all about numbers, baby! Screw principle, Screw the truth! The highest number wins, and then you can govern. Anyone who did not see that in play during the last election was not paying attention. The Democrats chewed up our candidates with salacious lies and viscous falsehoods during the last part of October. Our candidates just took it and did not return the same kind of nasty fire. Why? They were too principled to do so. And then - we lost.

Just some food for thought as we head towards the 2020 general election. What? We are still recovering from the last one! And by the way, it was not pretty! Well guess what? The other side is already off and running. Statewide, their first priority is twofold. Get Tina Smith a six year term, and flip our State Senate. Time to get busy folks.