The Tragedy of Hollywood 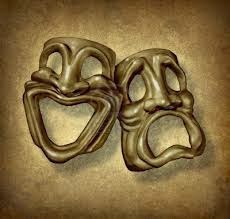 "Hollywood, our one time dream factory, has turned into a nightmare of garbage and filth..."

Last summer, Cory Monteith died at the age of 31. He was a rising star from Glee and had the world at his finger tips. However, drugs and alcohol took control of his life. In the end, the drugs won, and Cory lost.

Yesterday, instead of focusing on a football game, two Hollywood events stole the headlines. First, Phillip Hoffman died at the age of 46 from a heroin overdose - the same drug that killed Cory Monteith. The other story was a new allegation from Woody Allen's daughter, that Woody molested her as a child.

It sickens me and saddens me to see what Hollywood has become. Many movies Harvey Weinstein have made are excellent examples. Gratuitous sex, mindless violence, gutter language, blasphemy, you name it. Movies are a witches brew of filth and depravity. We now go to movies to see he worst of us portrayed, not the best. Directors who want to make good wholesome movies with family or Christian values, are almost run out of town.

James Lipton is the head of the Actor's Studio. A few years ago while channel surfing, I stumbled upon this show. One of the actor's asked Lipton what his favorite line was from a show. His response was numbing. Lipton said it was the way an actor said one short line, which was the name of our Savior. It was not said in a reverent or respectful way - quite the contrary. My thought was this - with all the lines uttered in Hollywood, this was the best? It should have been the worst. However, in a town that spews out garbage, taking the Lord's name in vain is par for the course.

No actor that dies an untimely death from drugs, alcohol or suicide gives me any pleasure. On the contrary, they all sadden me. For they are victims of our newest Sin City.
And who is to blame? We are. First, we refuse to control our southern border. Fact - that is where most of the illegal drug traffic comes from. Fact - we continue to patronize garbage movies. The result is the beast is fed, and then takes that money to make more crap to poison our souls. However, if we starve the beast, he will change. Change or die.

So to Mr. Hoffman, we say goodbye. It is too bad you will not be with us to act in more roles. You will be missed by many. However, others will soon take your place, take the roles you would have won. And Hollywood will continue to ruin people and taint our silver screens. When we wonder what has happened to the soul of our youth as well as ourselves, we need to look no further than the movie screens, the television, and the video games.