MN gas tax - Stupid is as stupid does 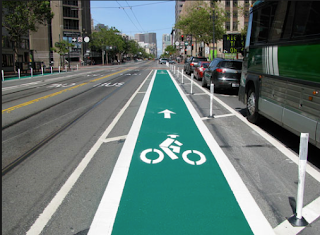 "You will pay for the miles used on ANY state provided road or trail. In exchange for that, all state tax will be taken off of gasoline. Gasp! WHAT??? Yes, no more state gas tax. Only a charge for every mile driven or ridden on."

Anyone else think the way we fund our roads and bridges in this state is stupid? Not only stupid, but way, way out of control. First off, and this is an immutable fact - this state takes in a ton of money to fund our roads and bridges. Fact # 2 - this state pees lots of that money away on silly things, like bike lanes, LRT, and the general fund. Fact # 3 - with the coming wave of EV (electric vehicles) and hybrids, the gas tax will become less and less of a factor in funding transportation.

So Taxing Timmy and his two lap dogs (the DFL and the Strib) think we should raise our gas tax by 20 cents. They think it would be a panacea for our transportation woes. Excuse me? This is deja vu, all over again. Heard that one before during the last gas tax increase. That was the one which was going to fix everything forever more. Uh-huh...

This forward thinking of raising our gas tax to fix our potholes, comes from same group of stooges who gave us MNSure and MNLARS. This is the pattern they have had for decades.

So, I am going to propose something which is radical, and way out of the box thinking. No more stupid is as stupid does. How about a total usage tax. Period. You will pay for the miles used on ANY state provided road or trail. In exchange for that, all state tax will be taken off of gasoline. Not even a penny. Gasp! WHAT??? Yes, no more state gas tax. Only a charge for every mile of road or trail driven or ridden on.

What do you mean ridden on Bird? Bikes also? Yep. Since we are using tax dollars to build and maintain their bike trails and paths, time for them to pony up also. Cars, trucks, motorcycles, bikes, whatever uses our roads, bridges and trails - has to pay a users fee. And how would be know how many miles are used by each? GPS. That technology has been around for many a year.

One more thing which would need to change. No more confiscatory license tabs fees either. We will be like other states, and only charge $95 or so each year new tabs are required. By the way, should Taxing Timmy blow this idea off, and keep the status quo, here is what will happen. Due to the increase in electric vehicles and hybrids, in a couple of years, he will realize the 20 cent increase in gas tax was not enough. So, he will either ask to have the gas tax raised again, initiate a mileage tax, or both. Knowing him, it will be both.

Some don't like the idea of a mileage tax. They don't like Big Brother knowing where they have gone, and when. I get it. But we do need money to pay for our infrastructure. And even though this is not a perfect solution, it is a heck of a lot better than what we have right now. One final thing. I also want a total transparent system where the monies taken in from this mileage tax, cannot be skimmed off and put towards the general fund.

That is it. My solution. Something to get us away from Taxing Timmy's stupid is as stupid does approach to our roads and bridges. If he does not like it, he can quit and go back to Nebraska. That would be another part of this plan I would like!
Posted by Very Angry Bird at 5:43 AM