War and power in the Middle East 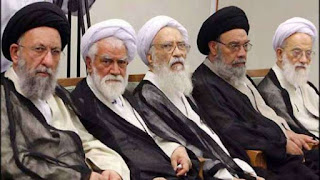 "I really hope that Iran does not do anything stupid. A war with Iran right now could be very messy, and the threat of contagion beyond the region is real. It could be the match which could light something terrible for the region, or maybe even our planet."

It never stops. Sometimes, we end up in a temporary hiatus period, but it never really stops. Gaza. This dirt poor area of the Middle East is up to it again. This time with better missiles with longer range. Launching a surprise missile attack on a neighboring country. And for what? A "two state solution"? Guess what? This ain't the way to win the hearts and souls of the Israelis.

By the way, how in the world can a country which is scratching in the dirt to survive, afford to get hundreds, maybe thousands, of these new missiles? Try a four letter word - Iran. The neighborhood "bad boy" is being bad once again. Always stirring the pot. And how can Iran afford to be a puppet master? Russia, China, and let us not forget - pallets full of cash on the runway (Thanks Biden/Obama/Kerry).

Besides what is going on in Israel, something else has happened in the past week or so. What was it? Classified. The public (including me) does not know what it was, but it was a threat credible and serious enough for us to send the USS Lincoln strike group and a bomber wing from Central Command over to the Med. All we do know was Iran might have been planning an attack on US forces in the area. Besides that, we know nothing.

Of course, one is then tempted to wonder if the massive rocket attack on Israel and this new treat from Iran are related. Anybody out there trust the Mullahs from Iran? Anybody? This ancient Persian Empire, now the country of Iran, has really been a thorn in our side. In fact, ever since the Shaw was overthrown in 1979. How dangerous is Iran right now? In my opinion, much more dangerous than North Korea, Al Qaeda and ISIS rolled into one.

I really hope that Iran does not do anything stupid. A war with Iran right now could be very messy, and the threat of contagion beyond the region is real. It could be the match which could light something terrible for the region, or maybe even our planet.

What is happening in the Middle East is worth keeping an eye on. Once again, the world will be walking on eggshells until cooler heads prevail. And cooler heads are what we need right now.