The needle in our arms... 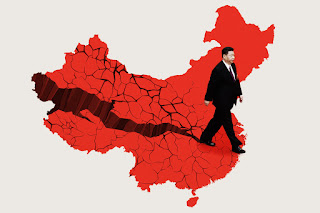 "Would we be paying more for things made here rather than in China? Absolutely. But they would NOT be made by kids in a sweat shop."


Relax folks - this has nothing to do with drugs - sort of. Unless you consider our dependence on China a drug. Flash back in time about 40 years or so. Some folks had a bumper sticker which read "Buy a foreign car and help 10 Americans lose their jobs". Back then it made some sense. Toyota and Honda were made in Japan. Euro brands were made in Europe. American cars were made here. Today however, that bumper sticker would make little sense, as parts of cars are made in many parts of the world.

Flash forward to now. Over the years, the globalist tug has been for us to be massive world traders. Only one small problem. We allowed the playing field to be very tipped. We allowed much of our manufacturing to be outsourced to developing countries who were hungry for it. As such, we started to develop trade deficits. First smallish, then not so smallish. China, who was the receiver of much of our outsourcing, developed a HUGE trade surplus with us. And they were just about as happy as a clam in doing so.

All of a sudden, when we look around our houses, our places of business, our whatever, and we can see one common sight - "Made in China". Having Chinese "stuff" has become a drug for us. A needle in our arm. And because China comes outside out OSHA rules, it has been thought for years that China uses child labor in modern day "sweat shops." Plus, they are world class polluters. Bottom line? We get lots of stuff very cheap. Not very well made at times, but cheap.

Besides developing one heck of a trade surplus with us, there was another benefit for China. Out and out theft. First let me say this. When a company comes up with a better mousetrap, it is covered by patent. It is fair game for others to try and reverse engineer parts of it, so long as the patent is not infringed. HOWEVER - when level 3 drawings (which is the recipe for how to make an item) are sent to China and then copied or stolen - that is a different story. China has been doing this to us for years, and we have complained at times - but little else.

Enter Donald Trump. He has seen this needle in our arm for years, and hates it. Does he hate China? Not a bit. He would like to trade with China - it is after all, a huge market. But he wants fair and reciprocal trading. He sent our best and brightest to try and broker a fair trade agreement. We almost got there, but all of a sudden, China reneged on some very important points. So it fell apart, and we ended up putting tariffs on each other.

The other day, I put something on social media which drew some fire. I said I liked buying American goods made in America. That got me taken to the woodshed by some friends. One person told me I did not know what I was talking about, as the pain for some small companies will be intense - maybe fatal. No doubt it will be. But I think most former drug addicts will confess that going cold turkey to get the "needle out of the arm" can be painful. Necessary, but painful.

Would we be paying more for things made here rather than in China? Absolutely. But they would NOT be made by kids in a sweat shop. Or they might be made in another country with better labor conditions and a more fair trade agreement. Or they could still be made in China, once we strike a better trade agreement.

How will this saga end? Stay tuned folks, history is once again being made right in front of us. I think the President will do everything possible to mitigate the pain on our businesses. But we HAVE TO get this needle out of our arm, for once and for all.