The ying and yang of MN education 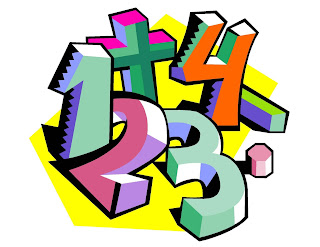 "It is time for this state as well as others, to leave the 20th century behind and start training our kids for jobs in the 21st century. What kid of jobs? Have no clue - they don't exist yet. And that folks, is the main thing we need to train our kids for."

The education funding is being debated now in St. Paul. As usual, with divided government, there is not a whole lot to agree on. That is, except one thing. My belief is every elected person in our government, as well as the vast majority of the taxpayers, want a highly educated workforce coming out of our very expensive school system. A task force who can compete in a world market with the best and the brightest. How we get there however, is like "ying" and "yang" with Republicans and Democrats. Democrats want more money, and Republicans want more reform.

And bring back the PTA. Good grief, once the PTA became part of history, is when the wheels started to fall off. Many private schools require a contract signed by the student, the teacher, and the parent. Why is it important to have all three? Most bar stools work very well with three legs, The stools with only two legs don't work well at all. When I was in school, my parents were very involved. We had the three legged bar stool.

"No child left behind." Remember that motto? It turns out, that is all it was - a motto. To do a total reclama on our education system, we must turn that motto into action. Each student is part of this nation's seed corn. No more failure centers (inner city schools) can be tolerated. I am sick to death of this state spending the money it does, and then having some high schools in the inner city with 35% graduation rates - and the ones who do graduate, don't know much.

It is ironic that in this day of the internet, Google, Siri, Alexa, and so forth, we have some of our young folks who act like they just crawled out from under a rock. I have never seen more sources of information for learning. Sure beats when I was growing up, and all we had was the public library with the Dewey Decimal System. Or the World Book Encyclopedia. And yet, we learned back then. With today's information sources, our young people should be as smart as rocket scientists when they graduate from high school.

This year our Governor wants over 41% of all money spent in this very highly taxed state to go into E-12 education. It is a waste of money. It is if we leave some of our kids uneducated, and others under-educated. It is time for our state brainiacs to practice some of that "out of the box" thinking we keep hearing about. Throwing more money at a broken system is just plain stupid.

It is time for this state as well as others, to leave the 20th century behind and start training our kids for jobs in the 21st century. What kid of jobs? Have no clue - they don't exist yet. And that folks, is the main thing we need to train our kids for.
Posted by Very Angry Bird at 5:41 AM