The battle over fraud, and tax dollars 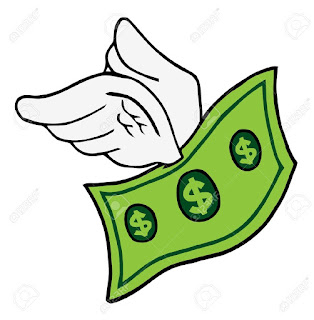 How is your blood pressure? Want to see it go up a few points? Just listen to the Democrats talk about fraud in the area of Minnesota's Health and Human Services. "Move along - nothing to see here." Michelle Benson was on the radio this morning trying to explain how convoluted our welfare system is, and how easy it is for someone to game the system. The Democrat's solution? Throw more money at it. Whose money? Your hard earned tax dollars.

Ladies and gentlemen, for anyone paying attention as of late, one shining fact has been revealed over and over again. This state is a mess. Our state government can't even change a light bulb the right way. Too harsh? Try the MNSure (METS) mess. Or the MNLARS debacle. And our welfare fraud is legendary - it even gets reported on the East Coast. Why? Because it seems that quite a bit of our cash ends up overseas - like in parts of Africa. But we don't know for sure, because our controls are so sketchy.

The Republicans in the Senate are coming up with as many fixes as they can for this gaping hole in our state budget. Real, common sense fixes. Of course, the Democrats will have none of that. The DFL take? Republicans are only trying to screw the poor people so they can give more money to the fat cats. Balderdash! I am so tired of that stupid stereotype when it comes to fixing what is broken in our state government. Jeff Johnson was absolutely correct - this state has plenty of money to run efficiently. In fact it has too much. It just takes a little bit of management and a whole lot of will power.

This is an analogy I have used in the past to describe how our state government works. You go to a restaurant to order a steak dinner for $20. The steak comes, and it is overcooked and very tough. For some reason, you decide not to complain about it. Why? The steak is always cooked in this manner at this restaurant. The bill comes, and it is for $30. The owner explains that you need to help pay for some of the inefficiency in the kitchen. Bottom line? You are paying too much for a lousy product. Sound familiar? Sounds like St. Paul to me.

Fraud, waste and abuse. Three words which drive Republicans nuts. Three words which are music to the ears of the statists. Efficient government is like a plague for the Democrats. Give them a disorganized mess, flush with lots of tax dollars, and fraud grows like daisies in the springtime. Why are the Minnesota taxpayers not up in arms over this misuse of their tax dollars? That is the $64,000 question.

This state was a mess under Dayton. It was ripe for reformation under a fixer like Jeff Johnson. But the lovers of waste, fraud and abuse wanted a super statist instead. So we got Taxing Timmy. Has Minnesota become the land of the idiots? Seems so.
Posted by Very Angry Bird at 6:03 AM