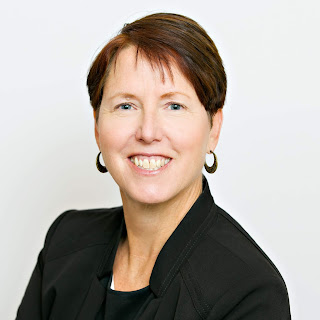 "Will DHS ever get their poop in a group? How about the Department of Education? No and no. Why not? OPM and the DFL. Those go together like peanut butter and jelly."

When I was in the business world, and traveled quite a bit of the time (while living on expenses), I lived differently than when I was on vacation. Besides for having to work while on business and not on vacation, how I looked at the menu while dining out was different. If the company was paying, and I was staying under my per diem limit, what the hey! Order what ever looked good! However, when on vacation, it always was what is affordable, and fits into the vacation budget. I was not alone. Most of my companions did the same.

Government workers have long had the reputation of being fast and loose with tax payer money. Why? Not their money. I dare say how they handle tax payer money is quite a bit different than how they handle their own. HOWEVER - the kind souls at Minnesota's DHS have taken this malfeasance to a whole new level. It is not just a cavalier attitude with OPM (Other People's Money), there is also potential graft involved.

If you are asleep at the switch long enough, the out-roar will finally be loud enough to get you re-assigned. Not fired, but re-assigned. Thank you for your years of service, Carolyn Ham! I am happy we have found a perch for you, so you can continue to sit on your butt and do squat. But don't worry - it is only OPM which is paying her salary.

Jim Nobel (one of the only people in Minnesota Government which is worth his salt) has found yet another misuse of taxpayer money. Seems DHS sent about $25M of money that should not have been sent, up to one of the tribes. I know - with the way this state spends money, $25M is "chump change". But that "chump change" still comes out of taxpayer's pockets.

By the way, as a brief aside, do you know WE CAN'T AFFORD TO GIVE OUR HARD WORKING SENIORS A BREAK ON TAXING THEIR SOCIAL SECURITY? Why not? Because we have too much fraud, waste and abuse. Can't afford the Social Security fix. Taxing Timmy and his merry band of do nothings refuse to fix the fraud and graft. But don't worry - Taxing Timmy wants even MORE tax money next funding session. Why? It is only OPM.

This drives me crazy - almost enough to use bad language. THIS HAS GOT TO STOP! Jeff Johnson had a great plan on how to fix this. And he was enough of a manager and mechanic, he would have done it. Hired the right kinds of people to be in his administration. People just like him - fixers. Not "do nothing" DFL tools like Ms. Ham. Meanwhile, taxes are killing the middle class in this state, especially our seniors.

Will DHS ever get their poop in a group? How about the Department of Education? No and no. Why not? OPM and the DFL. Those go together like peanut butter and jelly. We could have had a GREAT governor who would have stemmed the tide. But the mindless minions voted for another DFL statist instead. Why? You tell me.
Posted by Very Angry Bird at 4:48 AM